When I look back on my life and remember the events that preceded the four times I experienced depression, Each time involved circumstances that I now realise led straight to despair and feelings of hopelessness. During my time running my group I would say at least 80% of the people I met were definitely fitting very well into this category too.

Interestingly and what I believe is important in relation to depression is the fact that the oldest parts of our brains contain an INVOLUNTARY response known as tonic immobility, better known as Playing Dead. This adaptation is known to be present in all creatures with a broadly developed nevus system and has come into being as a last ditch attempt at keeping us alive when all else has failed during an attack by a predator.

Beyond your control your heart will slow, your body temperature will drop and your subconscious will do all it can to make you appear died. Considering this I was not surprised to regularly hear people talking about not being able to work, to get out of bed for days and not washing. I can also remember my mother having great difficulty even replying to my simple questions.

Therefore could depression simply be the result of our modern more developed but despairing brain with its ability to imagine and anticipate the future literally tricking our older more primitive nervous system into responding accordingly??

Think about it, if we can get our genitals, our tear ducts, salivary glands and our ability to sleep to respond just by using our more advanced executive abilities to influence our older more primitive functions why not the functions related to danger. For example, if I were to talk at length about ant’s or flea’s crawling about all over you its most likely going to make you itch.

In harmony with this subject I was on a long haul flight sometime ago suffering from the affects of waking up too soon in order to get to the airport on time, I had a runny nose and feeling slightly nauseous. After a while I decided to watch a film and chose yes man staring Jim Carrey. Soon I was beginning to get drawn in to the film and forgetting the fact that I was on a plane and feeling bad until suddenly with great surprise I realised that my nose had completely stopped running, I no longer felt sick and instead I was laughing and totally not concerned about anything bothering me at all.  As soon as the film ended and I was once again deeply immersed in my true reality all my symptoms slowly returned.

So Although this information may not help you with the conditions that contribute to your feelings of helplessness and despair at least I feel it may give you a greater reason to at least try not to dwell too much on those bad old thoughts of yours that are most likely going nowhere except influencing your subconscious to make everything so much worse.

Originally pioneered during the 1960’s and 1970’s, parts therapy has evolved throughout the years into a very effective technique with many applications from depression, anxiety, weight loss, decision making to even being more focused at school also some physical problems too.
Many experts refer to a mosaic when explaining the workings of the mind, in that just as a mosaic is composed of many very different individual parts so also is our own mind made up of many parts all with their own individual duties, requirements and points of view all leading to more than one opinion and option open to us for dealing with our every day trials. Therefore exactly because of these amazing difference’s within all of us, inner conflict can be a problem. The smoker wants to give up and the over weight person wants to eat sensibly but on the other hand the smoker at the same time also wants to smoke and the eater still wants to over eat.
Parts therapy therefore is a powerful way of finally resolving inner conflict permanently, restoring clarity and direction back to our thought processes and in turn into our lives.
So fare I have found this way of working (sometimes combined with regression/progression techniques) a very affective way of helping people with many conditions of the mind and the way I use it to help with depression is to find that part of a person that still has not given up hope then look for ways to free that part up from the restrictions imposed upon it by other parts who for reasons only known to themselves are holding it back. Therefore once hope is once again restored to the mind those mechanisms associated with stress can then relax and in turn depression can lift.

Any questions please feel free to contact me at any time.

When we are ill, yes the natural response is to withdraw and isolate ourselves. Psychiatrists and researchers now consider this to be a very helpful adaptation that can help slow down the spread of disease etc. However this urge to withdraw in relation to depression is not helpful, in that by isolating ones-self one actually provides depression with more of what it needs. Isolation provides the perfect environment for negative rumination, which involves such negative habitual thought processes as black or white thinking, over generalising/stereo typing, expecting the worst, focusing on the negative side of everything and one’s own weaknesses and on to negative future expectations. This then leads to feelings of Hopelessness, Insecurity, Anxiety and ultimately a deeper more entrenched state of Depression and despair. Therefore having the option to meet and connect with others who understand how you feel is a very good way to counteract this unhealthy trend. Group meetings can provide the perfect environment for you to be heard, receive helpful feedback, re-establish confidence around people of all walks of life, or even meet new friends, hence satisfying our human need for significance.

Hi and thanks for arriving.

Today I am not going to write much because I know what depression can do to a reader, so I have put together something you can just sit back and watch. These two videos represent just some of the knowledge I came across during my intensive search for answers that helped me so much. Therefore it is my desire to share this essential info with you and if you find it as helpful as I found it I’m sure you’ll work out how to conduct your own further investigation. would be nice to hear from you.

Please watch this video next Link 2

Yes those old sayings of clouds having silver linings do actually have some form of truth to them. Silver, gold, diamonds and other VITAL elements necessary for life such as oxygen, helium and hydrogen can only be created under extreme conditions such as exist within lightning, active volcanoes, the heart of the sun or – in the case of gold – during massive explosions caused by the death and subsequent collapse of monster suns much bigger than our own, known as Supernovas. This also applies to us, in that superior psychological elements such as true appreciation for simply being well and happy, are only truly and firmly established by extreme psychological adversity. Therefore, just as higher forms of life can now exist due to the dramatic creation of oxygen, helium and hydrogen, so also your new post-depressive state of mind will be capable of supporting a far superior level of awareness and wisdom, so don’t be disheartened – your sufferings are not in vain. In fact, if it wasn’t for adversity, life on earth would not exist.
Just as steel and even glass is made stronger by tempering with extreme heat, so you will be so much more resilient, self-confident, stable, durable and independent if you can summon up the courage and perseverance necessary to make it through the trials and ‘discouragements’ that inevitably lay between you now and your future learning leading success.

What can I say? I knew it all along.

The sub conscious mind resembles a fertile garden, in which weeds will grow in abundance, if the seeds of more desirable crops are not sown therein 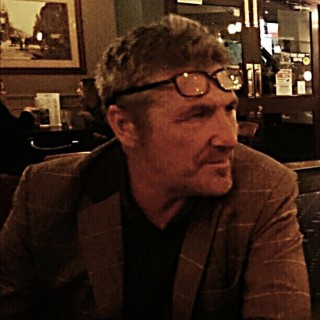 DEPRESSION 2 PEACE
Create a free website or blog at WordPress.com.